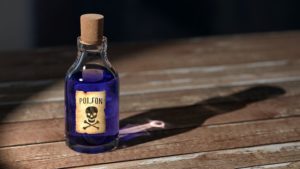 Earlier this week, Customs and Border Protection agents accomplished the largest fentanyl bust in United States history, seizing over 250 pounds of the lethal drug. The amount valued at approximately $3.5 million. Fentanyl is a synthetic opioid that is 100 times more potent than morphine. Since a minuscule amount can be lethal, it is responsible for the majority of overdose deaths. Here are some fentanyl facts you need to know, and what you can do about it.

Recently, scores of counties throughout the United States have begun offering trainings to mental health professionals, drug addiction specialists, first responders, and average everyday citizens on the use of Narcan (aka Naloxone). Narcan is a non-addictive medication that reverses the effects of an opioid overdose. Under Good Samaritan Laws, an average citizen can intervene in good faith by applying Narcan to the victim of an opioid overdose.

Many retail drug stores carry non-prescription Narcan you can easily purchase it there. However, if you’d like to receive training on the appropriate use of Narcan, you can search for seminars in your area or request one here or here.

If you or someone you know is facing drug charges, you need a strong attorney to defend you! Reach out to Mark Catanzaro today!